I love a great written series of books where I get to follow the characters, fall in love with them, and see a much larger journey than any stand alone book can give.

BUT, I hesitate to start series I don’t know much about because they can be some big time commitments and, by the end, it might just not be that good. Well dear reader, I am here to help you with that! Here are five of my favorite series that you can’t go wrong with!

Now, Rick Riordan has a large amount of series that I would recommend. His original Percy Jackson and the Olympians series is great, but the tone is for a slightly younger audience. His second series, still featuring Percy, but bringing in a slew of other characters and perspectives, is The Heroes of Olympus. This follows the Greek god Poseidon’s son and the Roman god Jupiter’s son in intertwining tales as they fall into each other’s world and must reconcile the two. With a phenomenal cast of characters that are diverse, fun, and courageous, this series weaves stories together to create a plot that is magical, fun, engaging, and will keep you on your toes! 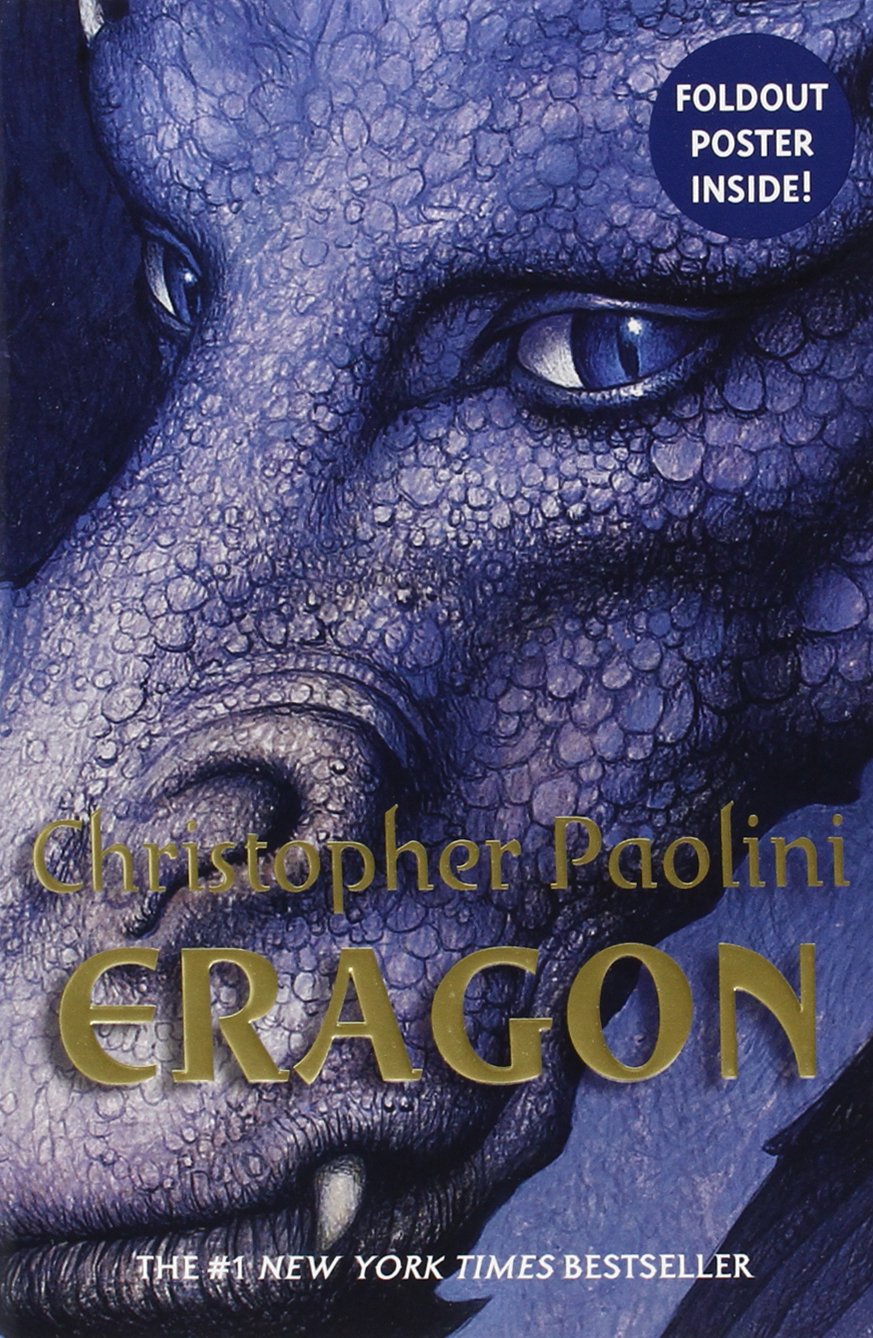 For fans of Lord of the Rings and DnD, I give you the Inheritance Cycle. Set in a medieval world filled with elves, shades, dragons, and men, we embark on one young farm boys adventure. Eragon discovers a dragon egg, which hatches to become the beautiful and fearsome Sapphira. As the evil king hunts for him, he learns he is one of the only dragon riders left. The four books build a fantastical world that is full of intricate politics and breathtaking magic. We get perspectives from other characters as well, two of my favorite. A young farmer fighting to save his love from evil beasts, who becomes a fearsome leader and warrior. We also get to see a young woman who becomes one of the rebel leaders and is forced to be tough but the perspective allows us to see the soft side as well. It’s masterfully done.  (Please feel free to ignore the movie Eragon, which doesn’t do the first book justice)

Bobby is a normal high school kid until one day his adventurous uncle comes into town and whisks him away down a flume. Discovering that the world is much bigger than his one planet, Bobby travels to worlds all around Halla, attempting to stop the evil member of their order who is attempting to destroy each world. We read much of the story as letters/journals he is writing to his two friends back on Earth. This series is really interesting because each book sends us to a new and different world. We get to learn what makes this place interesting and different at the same time Bobby is. This has a few interesting and well developed relationships and will keep you on the edge of your seat. It is ten books so if you’re just interested in checking it out, you can find the first book here.

For anyone who loves sci-fi and classic fairy-tales, this is the series for you. Each book tells the twisted fairy tale, beginning with the classic Cinderella. Cinder is a cyborg with the evil step-mother figure, the dreadful daughters, and a charming prince to boot. But, this is a technologically advanced world, with a colony on the moon full of people able to influence the mind. Each book follows a different heroine, but weaves together their stories. We will meet Scarlet (Little Red Riding Hood), Cress (Rapunzel), and Winter (Snow White). There’s also two short stories diving into our villians’ past. While each story has many of the key components from the classic fairy tale, the Lunar Chronicles will keep you guessing at the twists and turns. With four classic love stories to root for, this is a fun series to read.

This series features strong woman learning to become more of who they are. Katsa is a fierce warrior, blessed as a Graceling, a person with an extreme talent. Katsa has been Graced with killing, which has led her to become the thug of her uncle, the King. But when strange things begin happening in her kingdom and those around, she meets people she never expected and uncovers a deadly secret. The second book travels over to a kingdom across the mountains, hidden from the Graceling Realm. There we follow Fire, an unbelievably beautiful woman with the ability to control the minds of people. We see her struggle with her power and the fiercely negative view everyone has of her in the kingdom. We’ll meet a familiar face from Graceling and root for Fire time and again. The third and final book brings us back to Graceling, following the young Queen from the first book. She’s smart and strong, but young and the pressures of the crown and her advisers is unrelenting in her kingdom being rebuilt. Disguising herself, she meets the rougher side of her city and learns that all is not what she thought. Each of these three women are strong in their own different ways and you’ll heart will relate to the struggles they go through.

There are probably dozens of other phenomenal series. What are some of your favorites? Add them in the comments below!

The above includes affiliate links. If you purchase something from them, I may receive a small part of the profit. My affiliation does not affect my recommendations tho. If you have any questions on this, please let me know.

Donate a Cup of Coffee

I love writing for this site and bringing you tips, advice, book reviews, and my own stories. But it takes a lot of work and a lot of coffee. Please donate a cup of coffee to help fuel my writing!

What Others Are Reading